ONE RUN AT A TIME – How backcountry skiing helped me overcome depression.

A bunch of snow on my face hadn’t put a smile on it in quite some time. I wish I could tell you why but I think it’s going to take a therapist to figure that one out. I’ve lived in ski towns for the last 25 plus years and I’ve obtained a different definition of what a skier is or should be. When you’re exposed to full-time ski culture, it’s only fair that your standards are higher than the average bear. By my standards, I hadn’t called myself a skier for over a decade. I went from skiing 100 plus days a year to 1 or 2. Over a period of time, my search for a better life, unfortunately, distanced me from the sport I love. A few summers ago I came to the realization that I’d been living in depression and by the looks of things, that was my reality for quite a while. To the best of my current understanding, I more or less got used to living with it.

2020 brought awareness but it also brought hope. The realization of my depressive state also meant That I now had the opportunity to get better and start moving forward instead of being stuck. After feeling in a rut for a long, long time It’s a nice relief to know that you’re moving again. 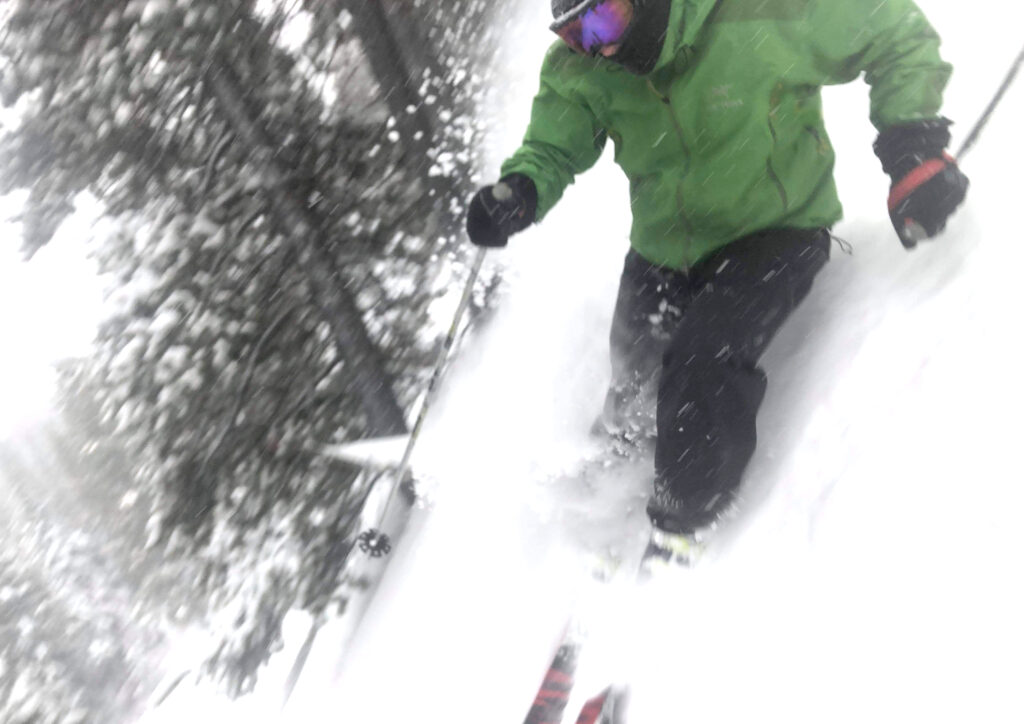 In the spring of 2020, I started to call myself a skier again. I was able to reconnect with a source of energy I thought I had lost. Some say the flame was reignited but I think the flame never really went out it just laid dormant. It wasn’t a spark, it didn’t just reappear. It was more of a slow realization that I was becoming myself again. Step after step, turn after turn, it felt more and more natural to relive those feelings again. I don’t know what gave me the urge to start skinning up again. I didn’t hear a voice or have a vision, it just happened. As the days and the vertical accumulated it became very clear, I was on my way to being happy again. 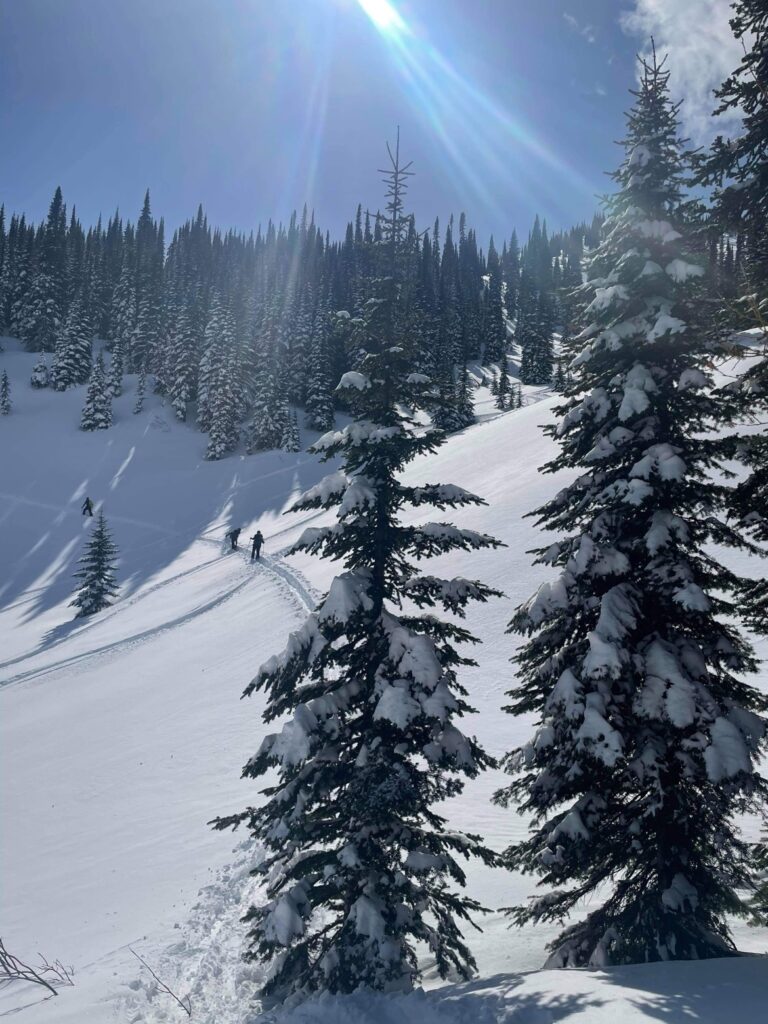 I started with small walks with skins-on just so I could watch sunsets and enjoy a few beverages. I then moved on to green powder turns to stay well within my abilities. It was more about the purity than the adrenaline, it was about making turns. After a few weeks of skiing almost every day, I eventually came to the conclusion that I was a skier again. I felt a connection with the mountains that you only get in the winter. Living in the moment, I felt alive and for short moments found some inner peace. 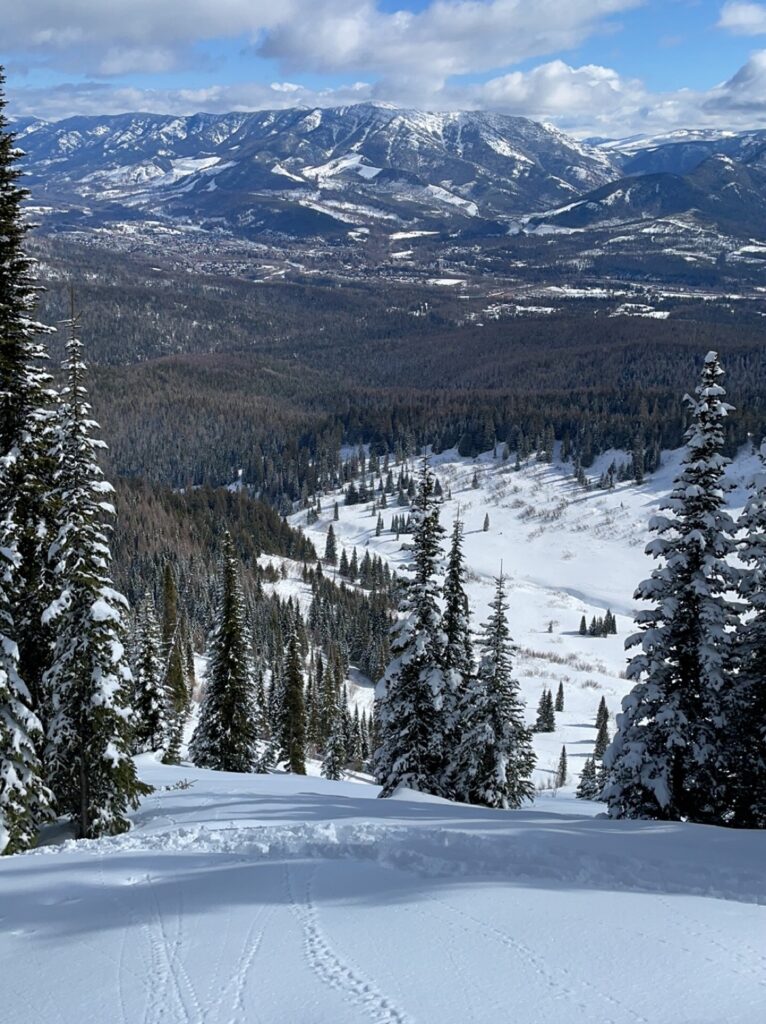 As the season came to an end, all that emotion and positivity helped me realize my mental state. I was very unhappy and miserable. The few weeks of skiing I was able to put together laid the foundation for the realization of my depression. Simply because it was the first time since the beginning of it that I felt slightly like myself again. More importantly, I was sick and tired of feeling that way and I was ready to begin the healing process. One of the main sufferings of depression is the isolation one feels. In my current state, it’s much easier to socialize while skiing than it is while I am at home. It’s been a major reinforcement during these isolating times. You should never backcountry ski alone, it’s very unsafe. The fact that I needed to interact with others forced me to get out of my shell. I can’t thank my touring partners enough. 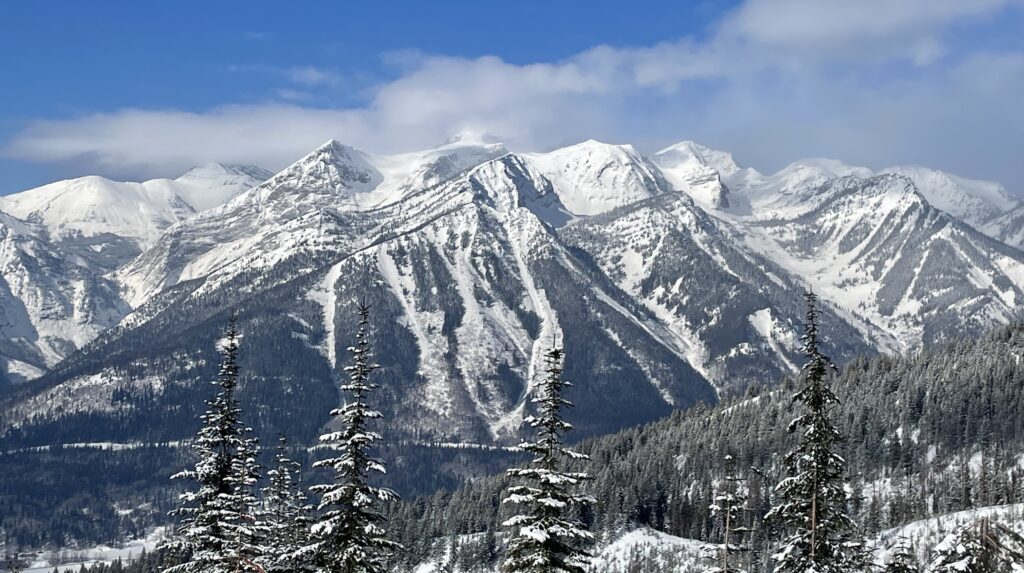 The connection I feel with mother nature when I am in the backcountry is so important in my healing process. Now that the new season has begun it’s clear that skiing will be a catalyst in my recovery as much as it was for my understanding of the situation. As I go through the constant emotional roller coaster, skiing is a source of happiness and relief that better days are here and ahead. It’s kind of like knowing there’s a big dump on the way and that you’ll be able to make “first chair “. It’s not always a better day than yesterday but the hope of more snowfall helps to keep the mind looking forward. Going out for a ski tour is a must in my weekly routine again. I can’t go every day, but I wish I did and that’s pretty damn cool. The fact that I want to get out there more and more means I want to get better. I want to take control of my life back and be happy again. You have to want it. 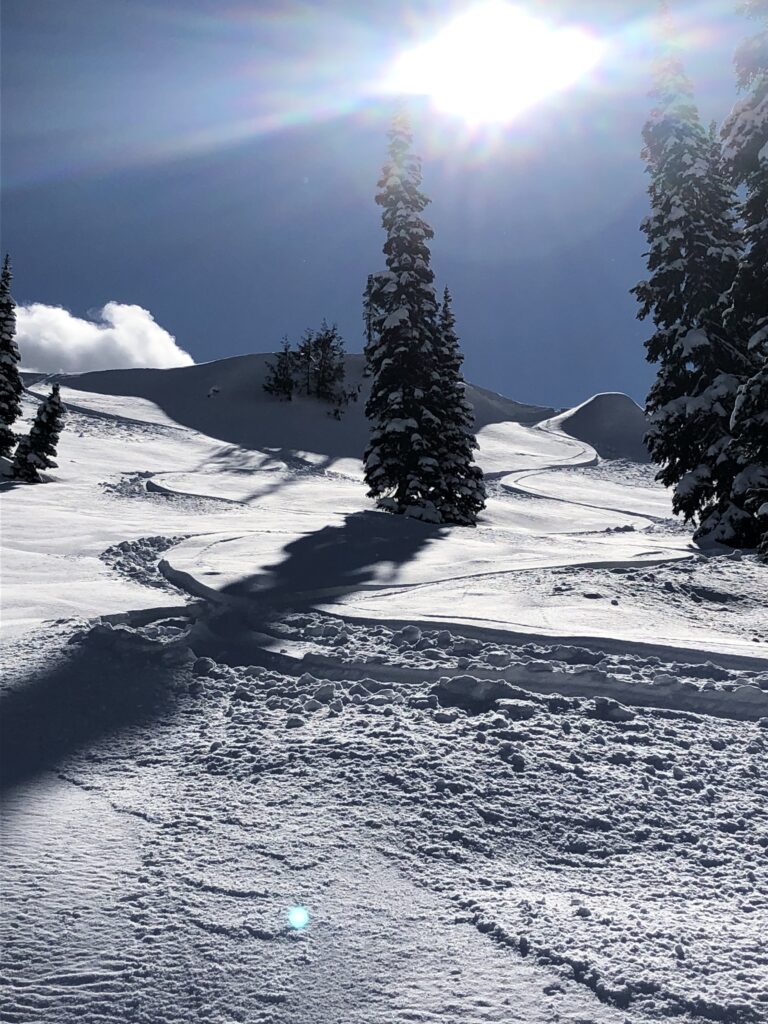 I understand not everyone is lucky enough to be living in a ski town or near mountains for that matter. I am very fortunate and know it very well but it doesn’t mean you can’t adapt backcountry skiing to your reality. It might take a bit of hard work but getting over depression is a heck of a lot harder. Sometimes you have to kick your own ass out the door so you can pump oxygen into your system. I know I’ve got a ways to go before I am really me again. I figure if I set goals just like when I’m trying to decide where to go ski tour. I am more aware, just like when I read avalanche reports and practice my beacon search. Taking it one step at a time not always expecting to accomplish what I set for but always trying.

If I push past the pain on the way up and enjoy the moment on the way down, I know I’ll get there. Therapy sounds a lot like a day out doesn’t it?

Hope you get out, stay safe, and be well.