Editor’s note: Since this article was published following the purchase agreement on August 22nd, the sale to Mr. White fell through at the 11th hour. We’ve kept this article posted and unedited as a testimony to the enthusiasm and love that skiers had for this iconic Mountain. Read the newest developments HERE.

Peter White to buy Glen Mountain and reopen it!

Glen Mountain ski hill (officially “Mont Glen”) sits just outside of the town of Knowlton in an area known as West Bolton or Bolton Glen just north of Vermont but south of “Autoroute 10” in Quebec. Lodged in the mountains between Lake Memphremagog and Mont Sutton,

Almost twenty years after the property was sold and sadly shuttered from the public, it has been recently announced that Mont Glen, Quebec has been sold to Peter White, who had previously owned the property from 1978 to 2004.

Mr. White, a Knowlton businessman, has high hopes of reopening this Eastern Township icon quickly (as soon as the 2022/23 season) for both skiing and possibly mountain biking.

It is worth noting that the property is almost turn-key as it was well maintained by the previous (private) owners who maintained the facilities as their personal, private resort. Very little work would be required to the chalet (it is reported that the chalet has already been fully renovated), and while some maintenance work may be required trail-wise, the only major obstacles will likely be snowmaking and lift infrastructure, as both will need to be rebuilt.

Why is Mont Glen so special to so many of us?

“The Glen” was a second home to us Knowlton kids growing up in that part of the Eastern Townships from the sixties to the nineties. It was the kind of magical place where, in the winter months, our parents could drop us off for a day of skiing without concern and pick us up at the end of the day.

Glen was where many local school kids learned to ski affordably through a ski instruction program pioneered by the legendary Olympian and Canadian Ski Hall of Fame Member Lucille Wheeler and administered by John Parry, our physical education teacher at the “Knowlton Academy” with the help of some Academy teachers who participated as our instructors. Thousands of kids of all income levels benefitted from this program and became lifelong passionate skiers and I am proudly one of them.

I discovered Mont Glen during a school break in the late seventies when the Eastern Townships were having their worst winter in history. My sister and I were Owl’s Head kids, raced on the Owl’s Head Ski Team, but there was hardly any snow to ski on at Owl’s Head that season… So my mom took us to Glen instead Because Glen, at the time, had night skiing and MADE SNOW!

It was the last place that I ever skied with my mom. Our cottage was on the 243 between “La Fusée” and Mansonville so it was only a quick drive through Bolton Pass and right up a winding road just before the Thirsty Boot… up to this lovely mountain filled with friendly locals. That week was wonderful. I loved the trail layout, the chalet was really nice and it quickly became one of my favorites. It always seemed much bigger than its mere 1100′ vertical would suggest. All these years later I can vividly remember the chalet, the clanging of its T-Bars, and a legendary guy named Pat Coté who ran the place in the eighties. Glen was all that and more. It was the heart and soul of a community, a valley, and a culture that lives on to this day.

The last time I skied Glen was 1989 but it feels like it was just last season. The ski patrol there was second only to Owl’s Head’s and it was the best kind of CSPS rivalry. I still remember après skiing in the eighties at the T-Bar then on to the Knowlton Pub when I was a member of the OH Ski Patrol… Back when things were different. I remember going back long after it shut down and being so upset that the new owner put a gate up to keep us from driving into the parking lot and bathing in the memories. All I can say is a heartfelt thank you to Mr. White for taking this courageous step in allowing the rebirth of this icon!

Lost since the 2004 season and recently poised to make a comeback, let’s look back at “The Glen”: 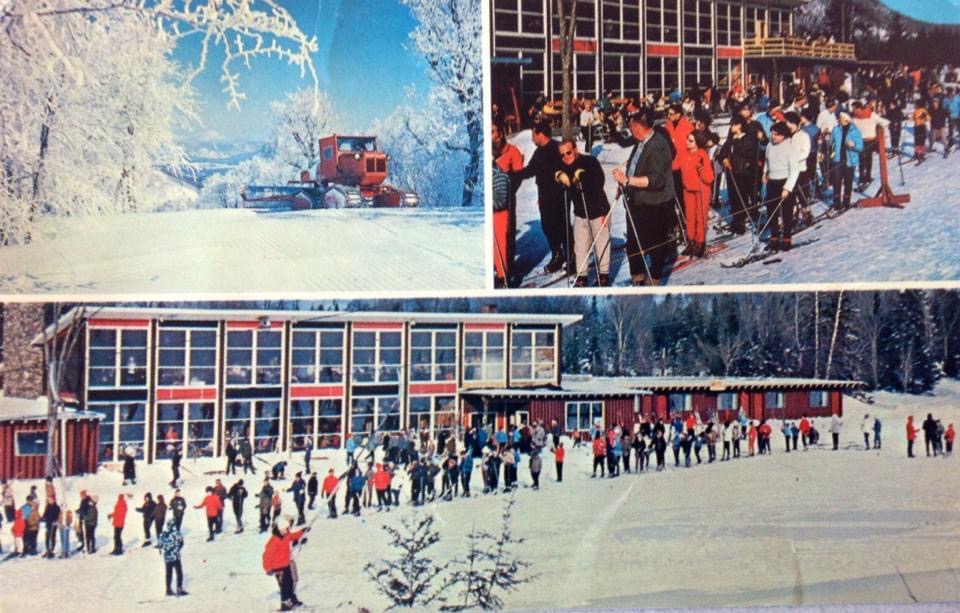 Mont Glen began operations on December 30th, 1960. The Glen openned for business with 2 t-bars and 5 trails with trails designed and cut by Olympian and Canadian Ski Hall of Fame member Bob Richardson (who was also Glen’s first Ski School Director) with wife Paula by his side.

For the first few seasons, the lower t-bar brought you to mid-mountain, and a second t-bar took you to the summit. It wasn’t until the 1962/63 season when a new chairlift was installed to whisk you the top of the mountain. 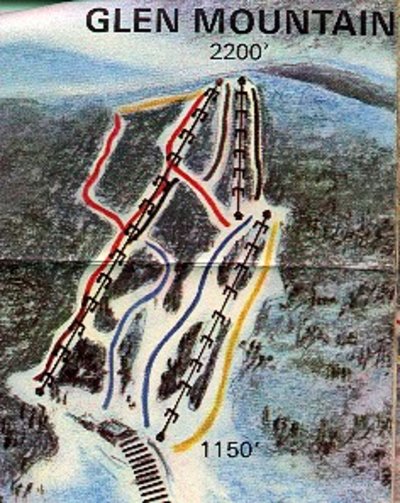 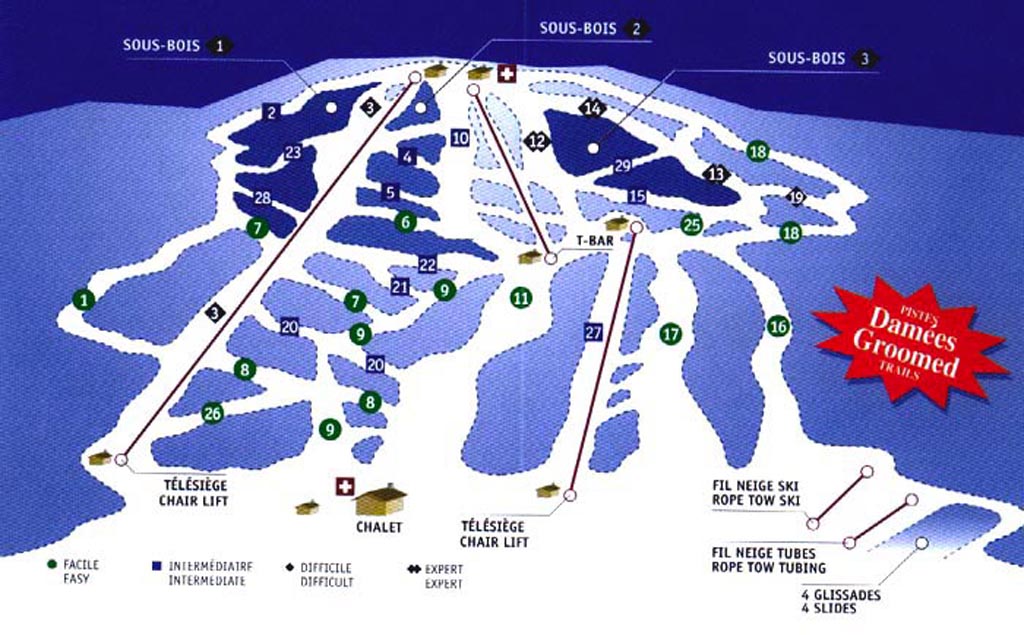 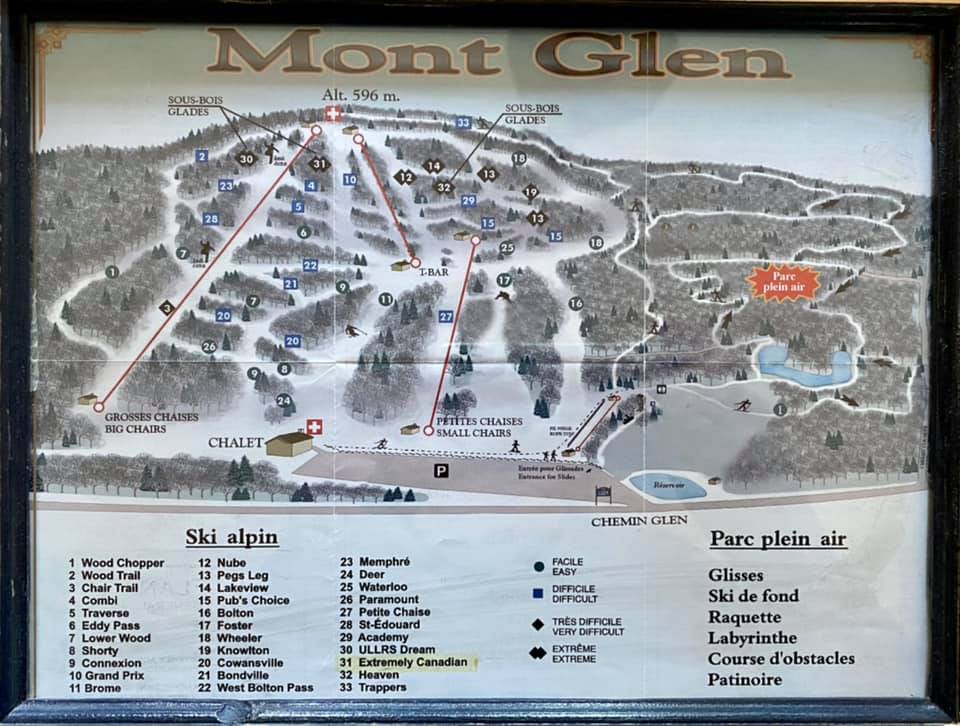 In the late 1970’s, following lean snow years, the ski hill faced financial troubles which lead to an appointed trustee operating the mountain until local businessmen Peter White and Michael Murray stepped in to buy the mountain.

Following their purchase, a new management team was brought in and Glen Mountain, this hiden gem, found success during the eighties as a fun, affordable, challenging and unpretentious ski area with deep roots in the community. 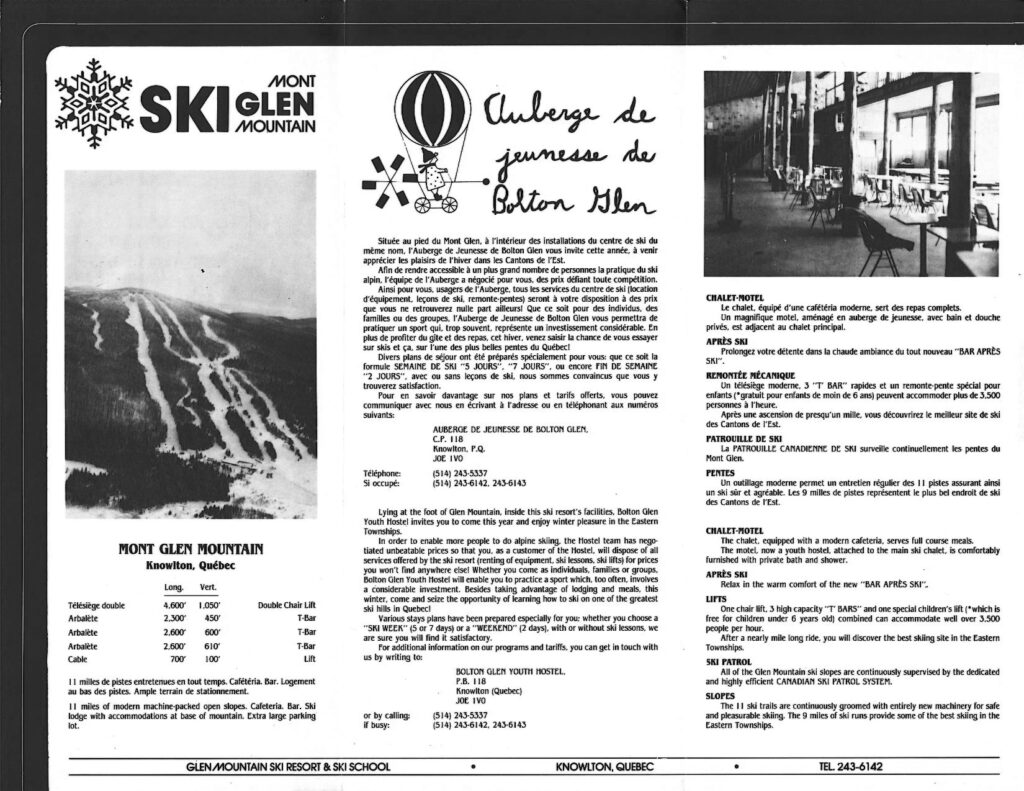 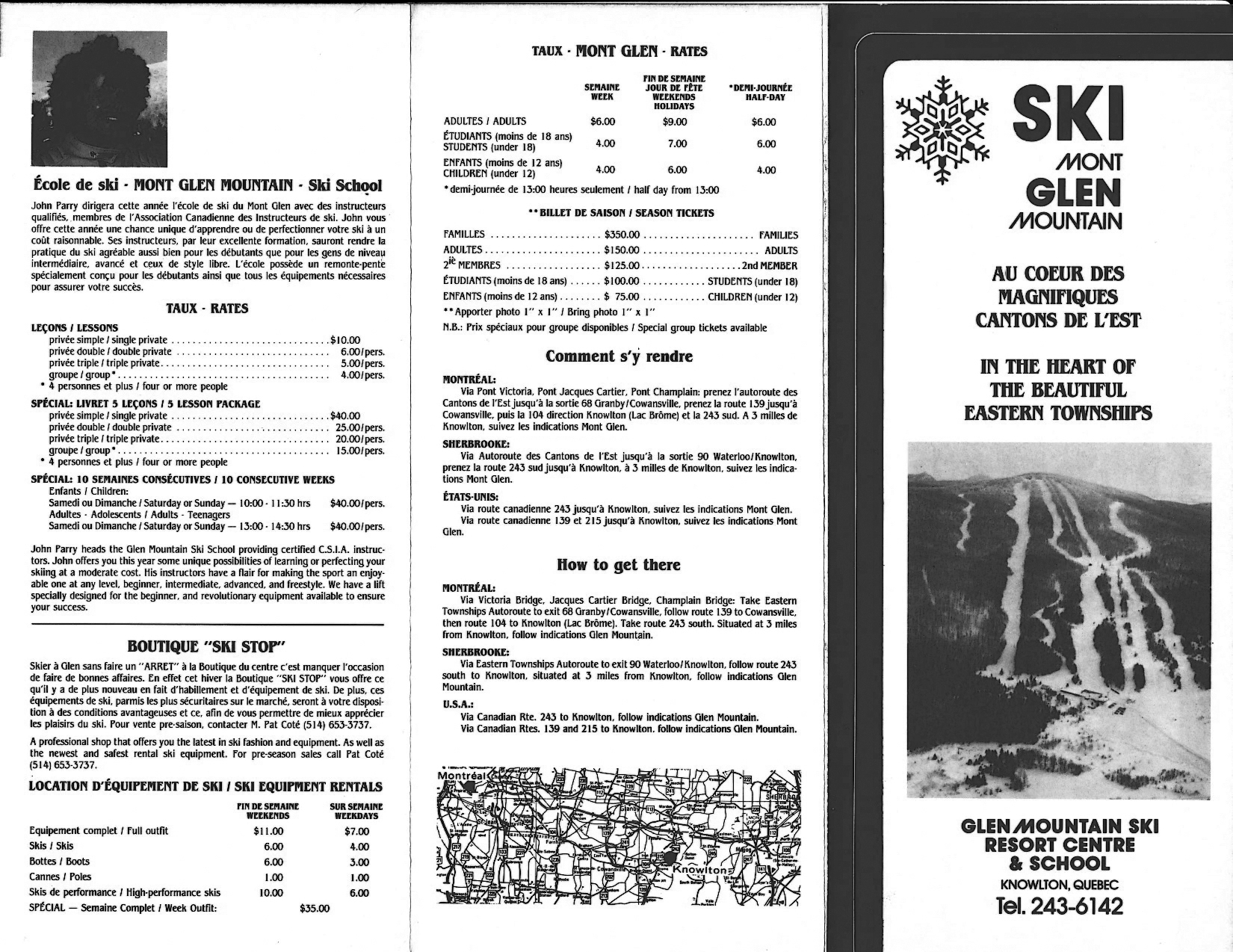 There was a variety of management teams that ran the mountain though out 1990’s, and the early 2000’s but 2004 would be The Glen’s final season of operation under Peter White’s Ownership. The property was sold to new investors shortly afterward.

After the purchase of the mountain in 2004 by a developer whose goal to sell real estate on the property was thwarted by the municipality, “The Glen” shut down and lay dormant until 2008 when the new owner of the property opened the mountain to skiers once again. The new operator’s formula was to open only on weekends. 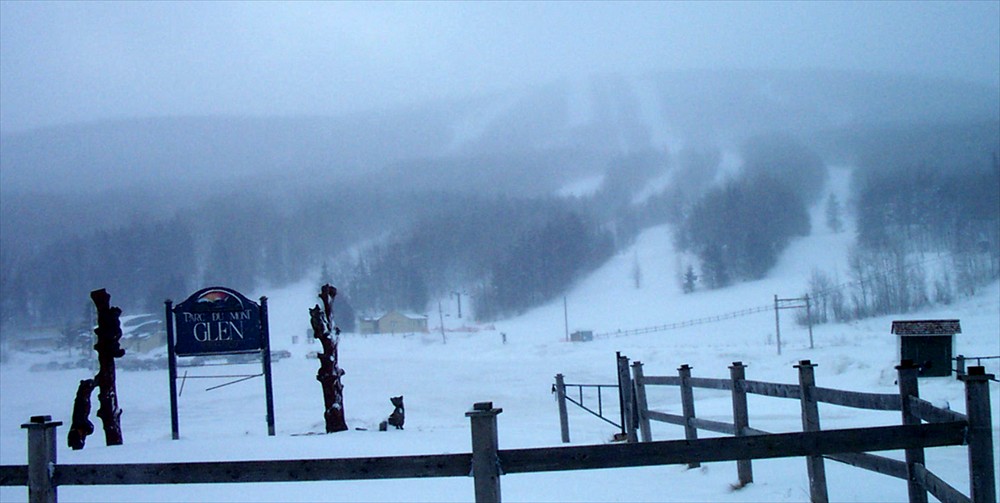 Lift tickets were sold online (a novelty back then) and passes were limited to 300 per day. Skiers had access to the main chalet, but no food services were offered: The perfect recipe for yet another closure.

Following that unsuccessful season, There were a few attempts to reopen the mountain throughout the years, but to no avail. The magic that Peter and Pat had woven in the previous decades was nowhere to be found.

Finally, in 2009 the then-owner decided to put up barricades around the base and made Glen his personal cat-operated ski hill. The chairlifts sat idle, left to deteriorate over time, and the chalet was converted to a private residence.

Many of us thought that that was that, that we’d never step foot on our cherished mountain again.

Until, of course, the news broke that Peter White had purchased Glen Mountain with the goal of reopening this iconic hill to the local skiing community and beyond… and by bringing the band back together by rehiring Pat Cote as his General Manager.

PATIENCE IS A RIVER