I may add to this article as time creaks by… but for now, here’s something to sink your teeth into. A sort of homage and acknowledgment to this brand that I love: 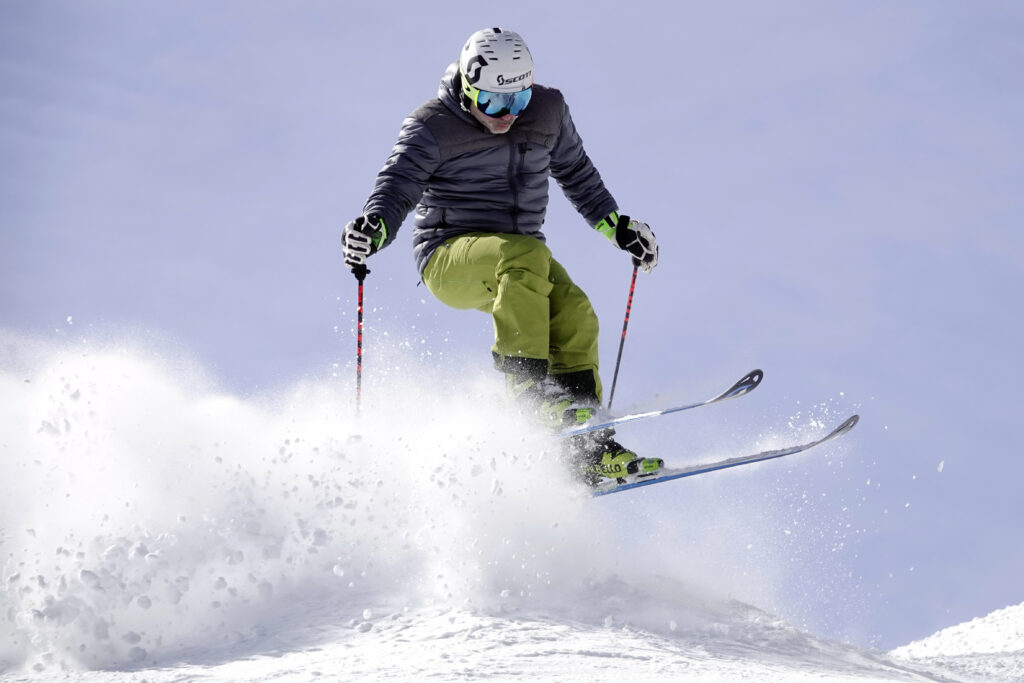 I’ve been skiing on Scott skis for a very, long time. Primarily because Aaron, Lutz, Andrew and the gang at Scott (Mica) Sports Canada have, for the past 20 years or so, taken very good care of my customers from one end of Canada to the other. And then there’s the product behind the amazing distribution team… Scott skis are simply spectacular. The guys and girls at Scott Sports in Europe have the secret recipe to make fun, compelling and interesting skis… And I’ve always been a fan. 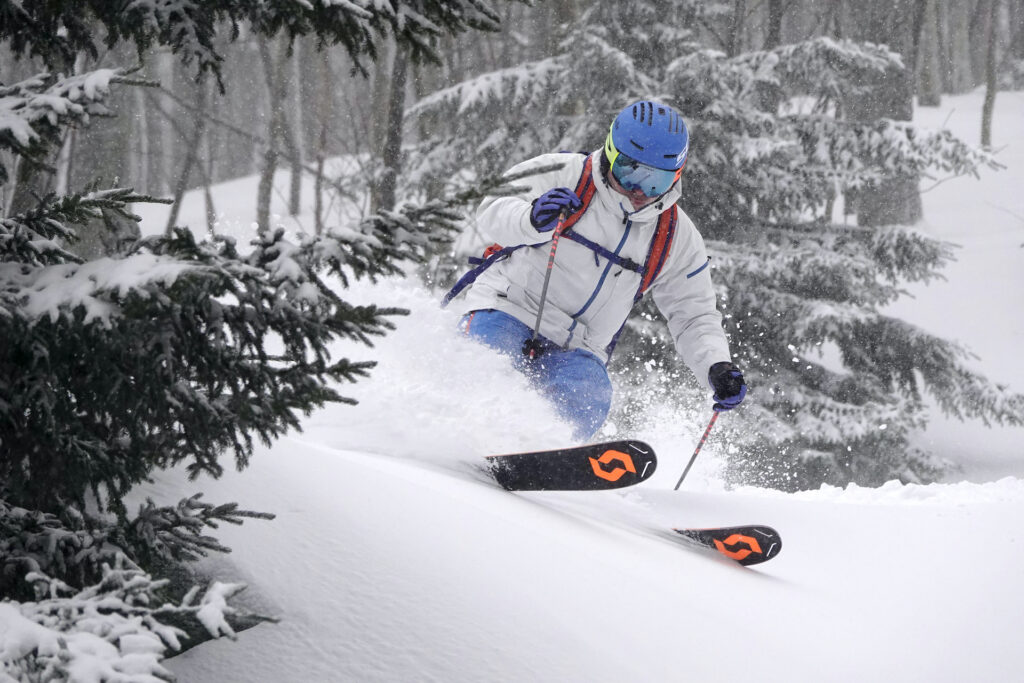 I’ve skied on Scott skis first and foremost because I love how their skis ski. It’s no big secret that while Scott designs and engineers their skis, they entrust the manufacturing to Fischer… and that’s not a bad thing… it’s kind of like doing a blank slate vehicle and then getting BMW to build your cars. While I’ve been sometimes critical of Fischer for building stoic, serious, and sometimes humorless skis (the new Ranger family being the notable exception), Fischer certainly knows how to build a quality ski. Ironically, almost every Scott ski that I’ve ever skied on and tested on has been the opposite of stoic and humorless. Dare I say that it’s the best of both worlds, Austrian engineering OCD and Swiss playfulness (PS no one has ever used “Swiss” and “playfulness” in the same sentence, I assure you). 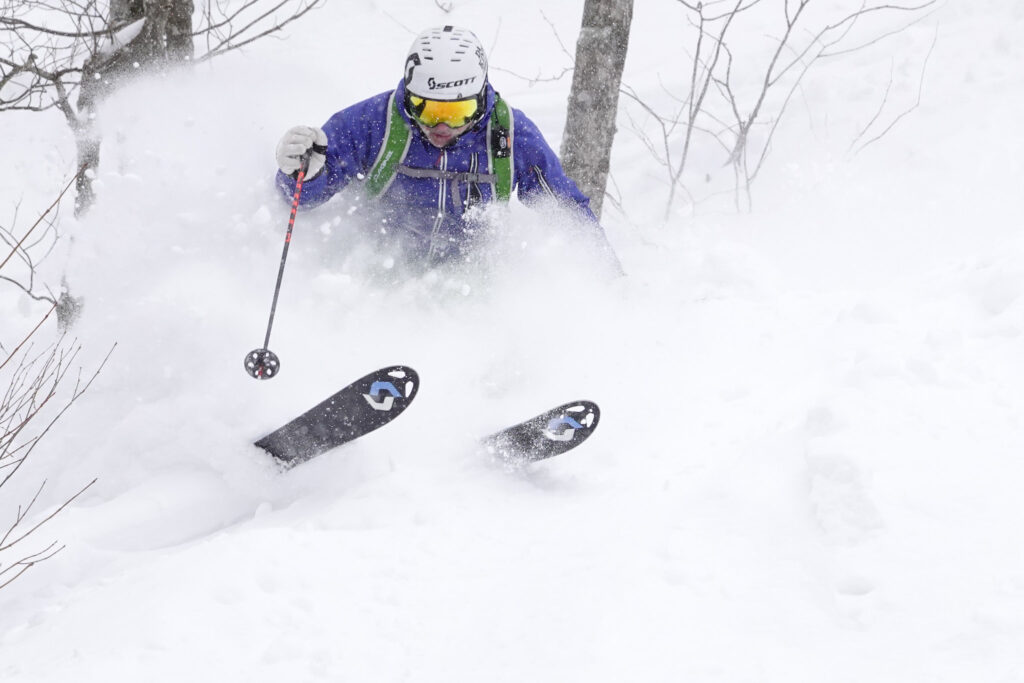 The alchemy seems to work because you end up with a ski that can rip groomers and yet not care what gear you’re in when you get into the freeride stuff.

Another company that uses the same (made by Austrians and Designed by Swiss) modus operandi? Faction. (And I like their skis too). 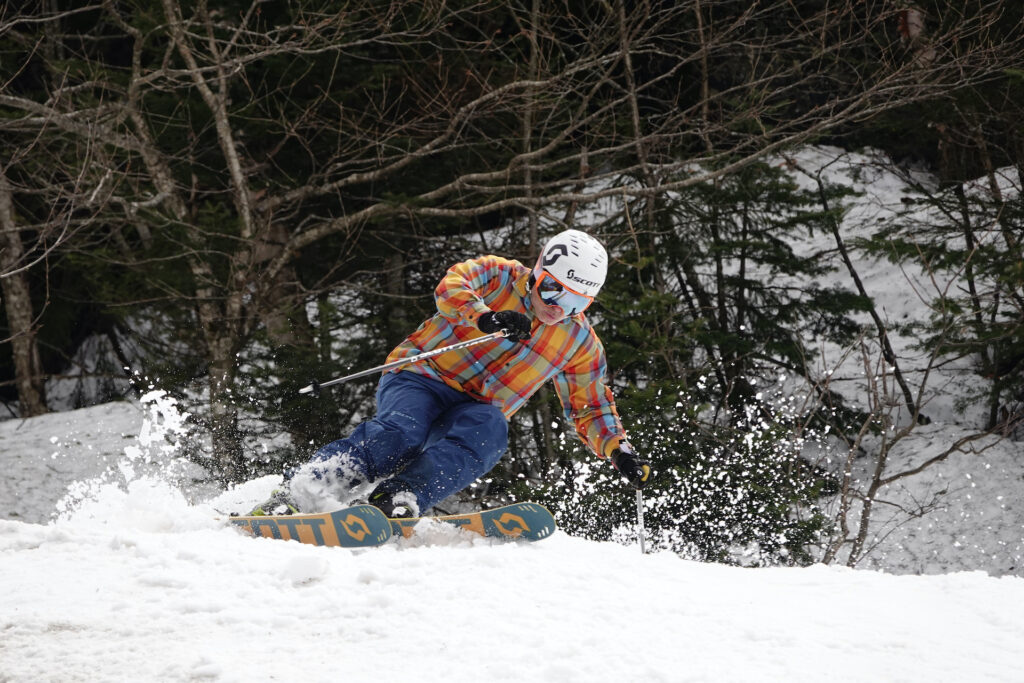 Let me put it this way: I’ve skied on more powerful skis, I’ve skied on more playful skis but I’ve never skied on skis that are consistently -from model to model- as powerful as they are playful. They are quick, light, laser-precise, and stupid fast when you’re on your A-game. Scott skis are always my go-to when I ski with a photographer because I can turn whenever I want, I can make that cut exactly when and where Bernard wants me to without resorting to the current trend of back-seat slashing that seems to permeate the scene right now. 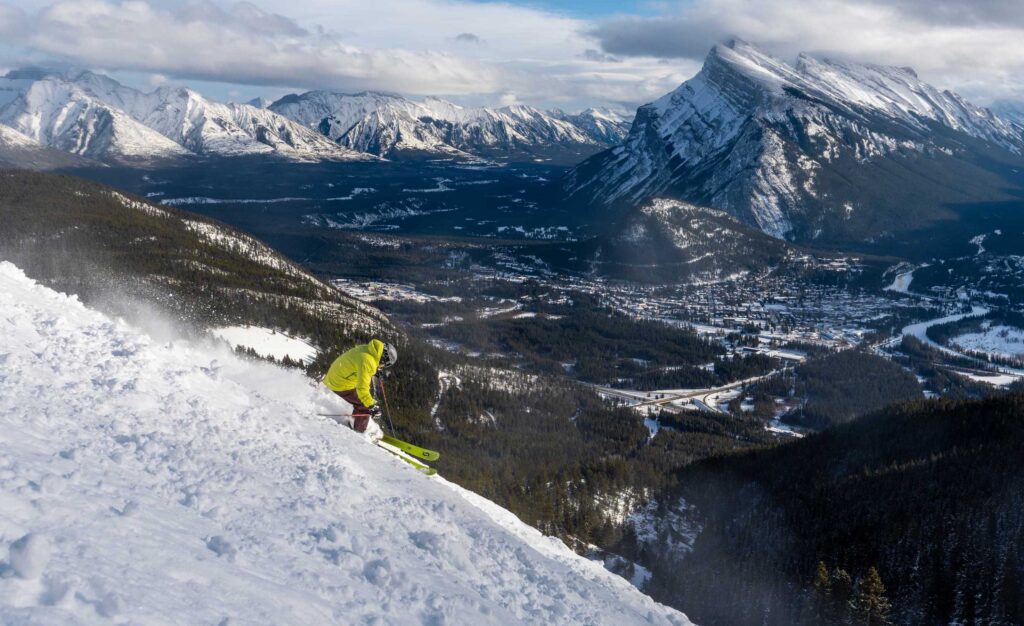 Where was I going with this? Oh yes: Life is infinitely too short to ski on shitty skis. Yes, other companies also make wickedly good skis. As a professional ski tester I can tell you that every single company out there makes one good ski. I’ll also tell you that quite a few make several good skis, but let me add that not many companies make lots of good skis. Scott is one of those companies that makes lots of good skis. They don’t try to be all things to all people and they don’t try to hit the dreaded “price point” ski. Scott doesn’t try to make skis for every market segment, to me It actually seems as if they make skis for themselves and the kind of skiers they support… and once you wrap your head around that their limited line-up makes perfect sense. 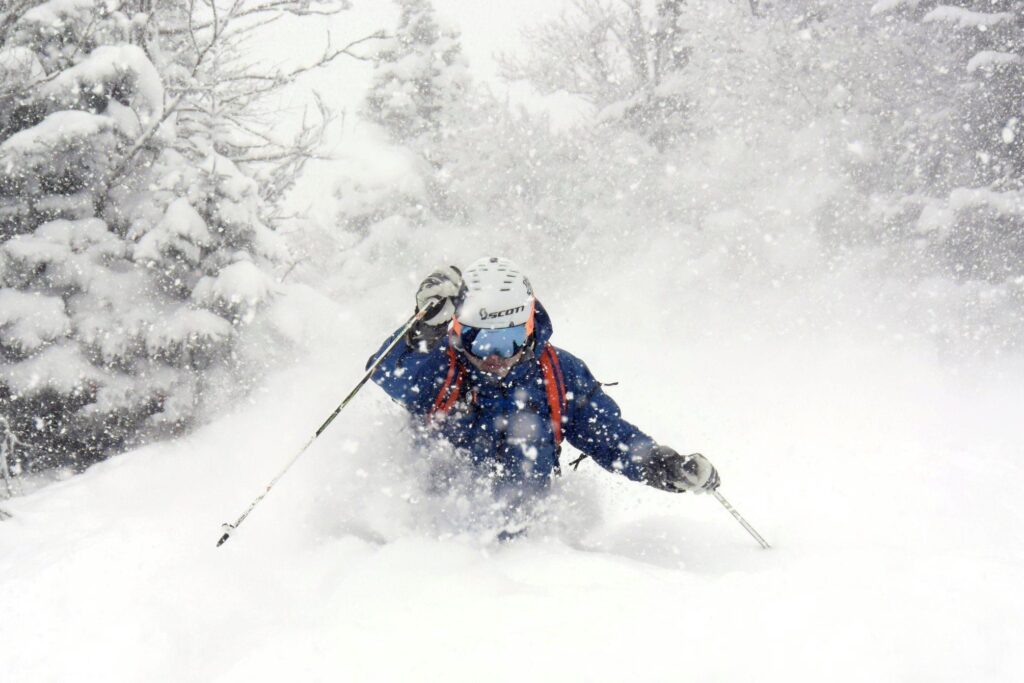 To me, Scott skis ski like nothing else. Throughout their line-up and through the years, Scott skis have always possessed an ease of use, a certain poise, an effortless power to them that I have yet to feel in any other ski, at least not across an entire line-up. People sometimes tell me “yeah but you have a bias” DUH, of course I have a bias. They made me and my customers happy and that in turn that makes EVERYONE happy (except perhaps a few competitors). I once put Scott skis on a demo deck next to some pretty heavy hitters and damnit if one year we didn’t sell more Scott skis that we did Rossi. 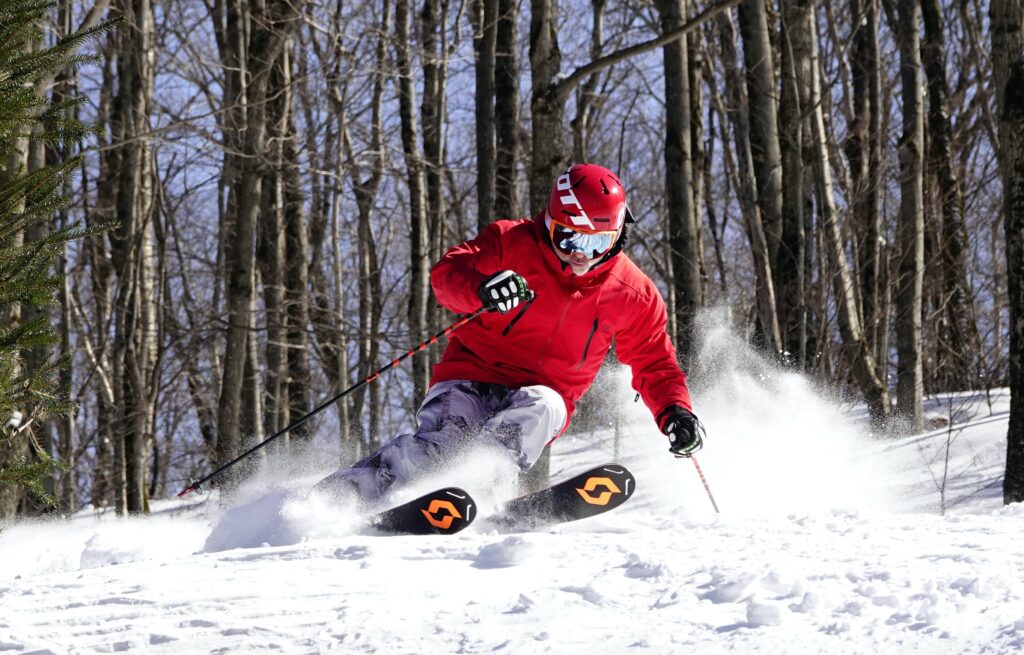 First and foremost I’m a product guy and product is king. I once had one of my mentors (Gord Reid) famously tell me “just sell the good stuff, let the other guys sell shit. You never have to give away the good stuff.” I’ve never sold anyone anything they didn’t want. I’ve certainly never let my customers keep something they didn’t like… and I’ve only taken back one pair of Scott skis in my entire career. 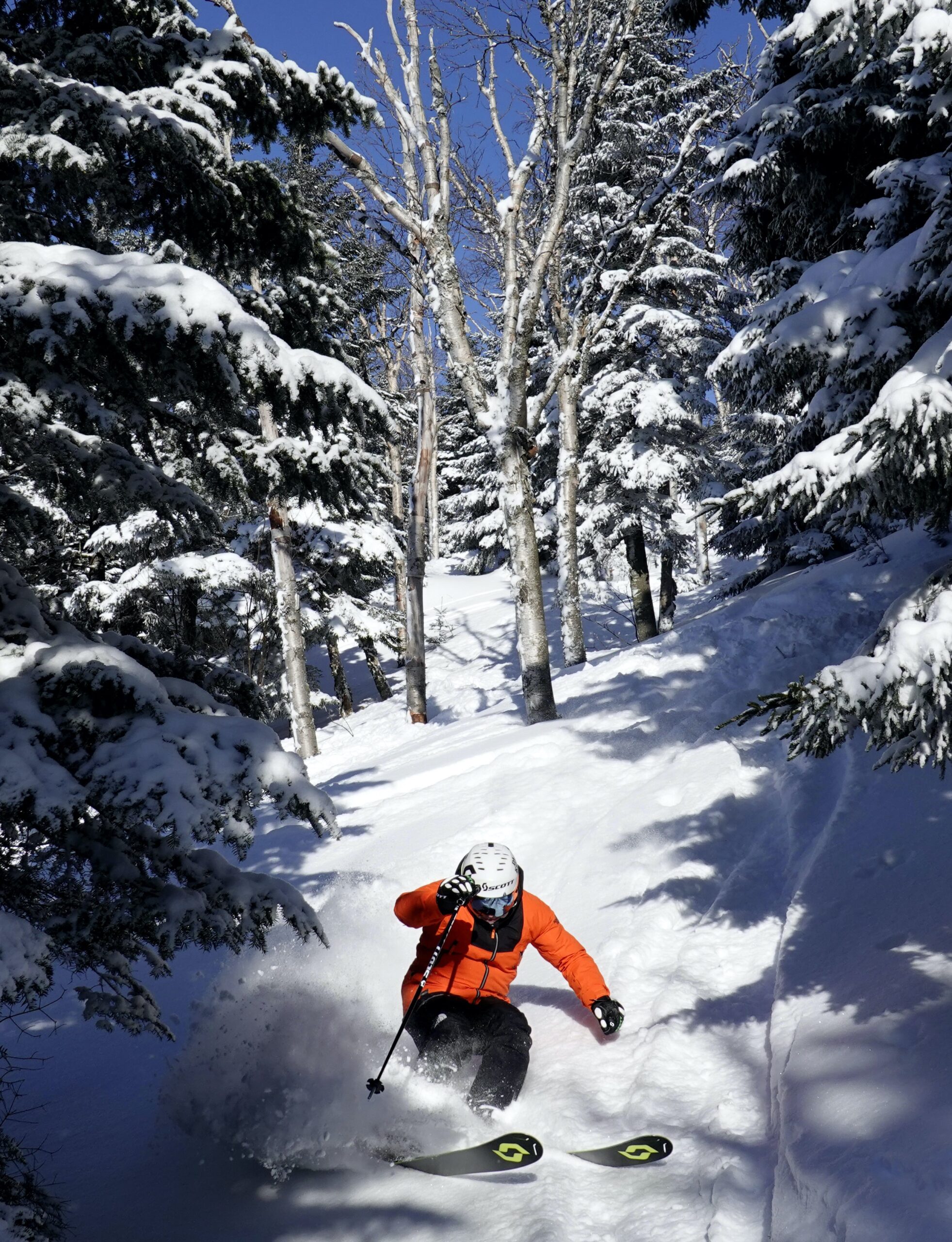 I’ve sold a lot of Scott skis over the years to a lot of unique, discerning and happy skiers… skiers who LOVE their Scott skis… skiers who have made it a point to reach out and tell me how much they love their skis. 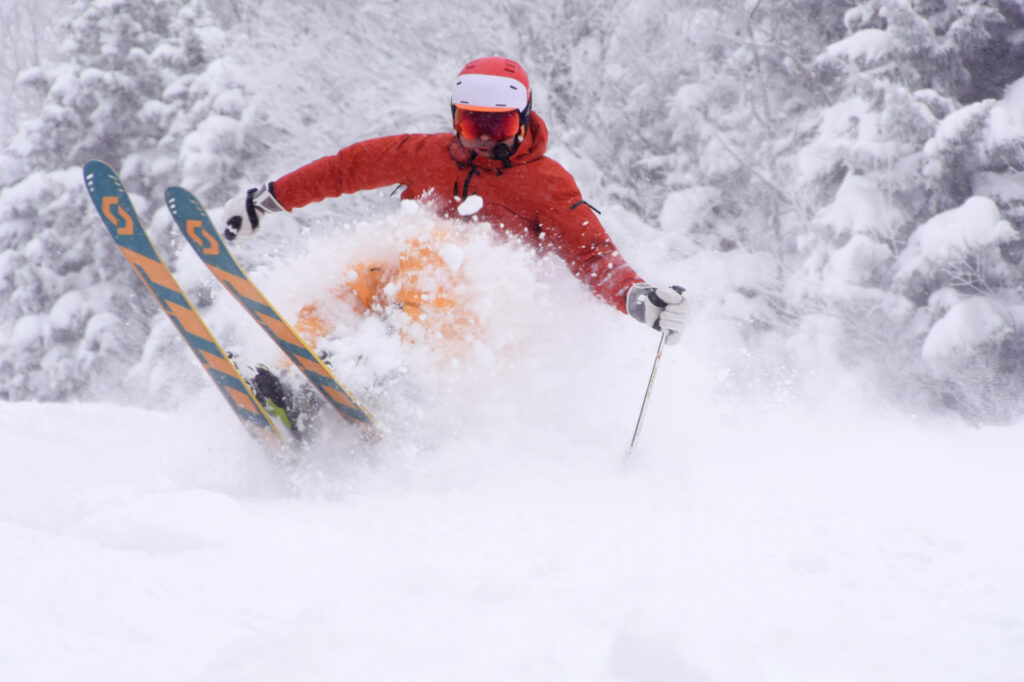 Here’s to good product, here’s to a longstanding, fruitful partnership. Here’s to shredding the gnar.

INCHING UP TO THE EDGE OF GREATNESS