This guy, I love him like a grandpa. He has taught me so much in my life. Very few people have had a greater impact on who I am than Fred and I am not alone. The man taught me the ins and the outs of the ski business several times over from retail to operations to snowmaking, to absolutely everything in between. Way back in the eighties Fred signed my first paycheque, after my parents passed I looked to him as a bit of a father figure and more recently, in 2013 he gave me a job and a home when I had decided to come back East after my first venture out West.

Tough love has always been Fred’s specialty and I, for one, have been on the receiving end of that patented love more times than I can enumerate. I’ve been called a hammerhead (his sobriquet for racers) a Freeloader (his nickname for ski patrollers) Ravioli (that one is all mine) and WHAT THE F_CK more times than I’ll ever remember. I owe him so much.

There was that time when I got to spend some quality time with him and at some point, I conjured up enough courage give him a big hug and thank him for recycling me as he has done time and time again for so many things and so many people. I have nothing but love and respect for this amazing, complex, and unique legend. This is going to be my tribute to him.

For better or for worse and for over 50 years Fred ruled Owl’s Head and many of its employees in a unique fashion that provided stable jobs for hundreds if not thousands of people of Potton QC. He did so since well before he and Bob Richardson decided to put a chairlift on that amazing mountain in the early ’60s. At Owl’s Head, we don’t have a catchy moniker like “Raised Jay” but without a doubt we certainly should for we are all grandkids of Fred.

In my second stint as an employee of Fred, during the season of 2013/14, we often chatted about the hundreds of places that I’d skied since leaving his employ in the late ’80s. The guy can tell you how many towers that that lift had on that mountain, how high up off the ground that other lift was… all over North America, he just knows. Just try to one-up him with a story and he’ll blow you out of the water with stuff you couldn’t possibly make up even if you tried. Stories about current and now-defunct ski areas. Stories that made me wish I had had the presence of mind to turn on the damn voice recording app on my phone.

I’m so very happy and privileged every-time I get to hear his stories. I’ve said it before, I’ll say it again, I’ll write it here a few more times: Fred Korman is a legend … and I’m very fortunate and so very humbled that he chose to call me one of his guys.

The stuff I got to learn from this icon of a man, let’s just say that you can’t buy that kind of knowledge. My move back home to Owl’s Head in 2013 with my tail between my legs wasn’t easy but every part of who I am knew it had to be done. I still had some learning to do… and no-one has ever had my ear like Fred had my ear. I’ll never say thank you enough.

Fred started out by delivering asparagus on his bike for his Dad from their farm in Potton, Quebec (we call it Mansonville), he later became an electrical engineer and among other things built substations for hydro Quebec and other mega projects in the Eastern Townships and beyond. Always a collector of broken toys like excavators, cranes, and bulldozers, in the early sixties he had the silly idea of buying a few old chairlifts and building a ski resort on this mountain that he owned on the shores of Lake Memphremagog. Much later, in 2014, I asked him what had inspired him to build a ski resort all those years ago…  that’s when he looked up at me from his big office chair the way only Fred could look at you as if to say “I have no f_cking idea what I was thinking” (actually, he didn’t just look at me like that, I’m pretty sure he uttered the words as well). While Fred can sometimes be an ornery guy but you always know where you stand. I like that about Fred.

Fred was, before anything else, a builder. Not much of a skier (I’ve only seen him ski once) he simply loved building things and recycling things… Way before such a term was fashionable. He bought things that people were about to throw out and simply gave them new life. Sometimes this was a good idea, sometimes not… but that was his way of doing things. As he would say to me one night as was doing his rounds as night watchman in his hotel: “buying new is often wasteful, plus rebuilding things gives people jobs”… he had is own way of looking at things and while I sometimes disagreed with him, I absolutely understood and respected him. He came from a place of frugality and sustainability because there was no other way back then.

He walked it like he talked it, he came in earlier than everyone and left later than anyone, he got on his knees and picked up trash, nothing was beneath him, nothing was above him. He bled for his mountain and he froze for his customers, he climbed towers and shoveled snow, he hammered nails and he winched cats and he slept against a photocopier well into his 80’s… and that’s why we worked harder, longer and were so loyal to Fred. Because if the 80-year-old can do it, so can I.

In the interim, Fred built an amazing playground that attracted the kind of skiers that wear their allegiance to Owl’s Head like a badge of honor. He hired another Legend: Bob Richardson to create and design epic ski runs the way Arnold Palmer designed his first Golf Courses. The runs were smooth, they were steep, they caressed this monolith of a mountain like silk strands on the shoulders of a supermodel, they contoured its features like the best country road… the runs Bob and Fred carved out of Owl’s Head were uncommon in their ability to satisfy the best skiers while coaxing lesser skiers to become better. Acre by acre, over decades and decades, Fred bought parcels of land around this mountain, eventually building a gorgeous marina, a world-class golf course… and a kingdom that will always be home to me, no matter who owns it now.

Fred wasn’t just a builder, he was also a dreamer, he was king of his corner of the world and he cared for it as hard as he fought for it. There aren’t many men like Fred left on this planet. Most men would have taken their small fortune and done other things with it… but in his own way, Fred has always wanted to contribute, to provide, to be responsible. If vacations weren’t in the cards for him, if changing the carpet in the bar wasn’t a priority, if he was going to make us walk up the same old stairs to the cafeteria then a new car certainly wasn’t in the cards. I once tried to get him to get a fancy new winter jacket from his own ski shop, one that wasn’t from the nineteen seventies, and let’s just say that I was told to take a hike and go shovel some snow. He absolutely walked it like he talked it.

I have more memories of Fred than I have time and skill to type but suffice it to say that I am who I am not only because of him, but also his dream, the people he inspired, and that magnificent part of the world that adopted me.

In 2016, Fred finally sold Owl’s Head after a bunch of well-heeled businesspeople made him an offer he couldn’t refuse… Many many many millions were dropped in his lap for him to pass the torch to another bunch of dreamers… and what did he do with his fortune? He stayed in his old house, he worked out of a trailer in the parking lot of his old ski resort to help the new owners find the tip of their noses (and where all the dynamite was buried)… and he bought himself a nice new German car.

Fred can now be seen toiling about Potton looking for things to fix and things to recycle. 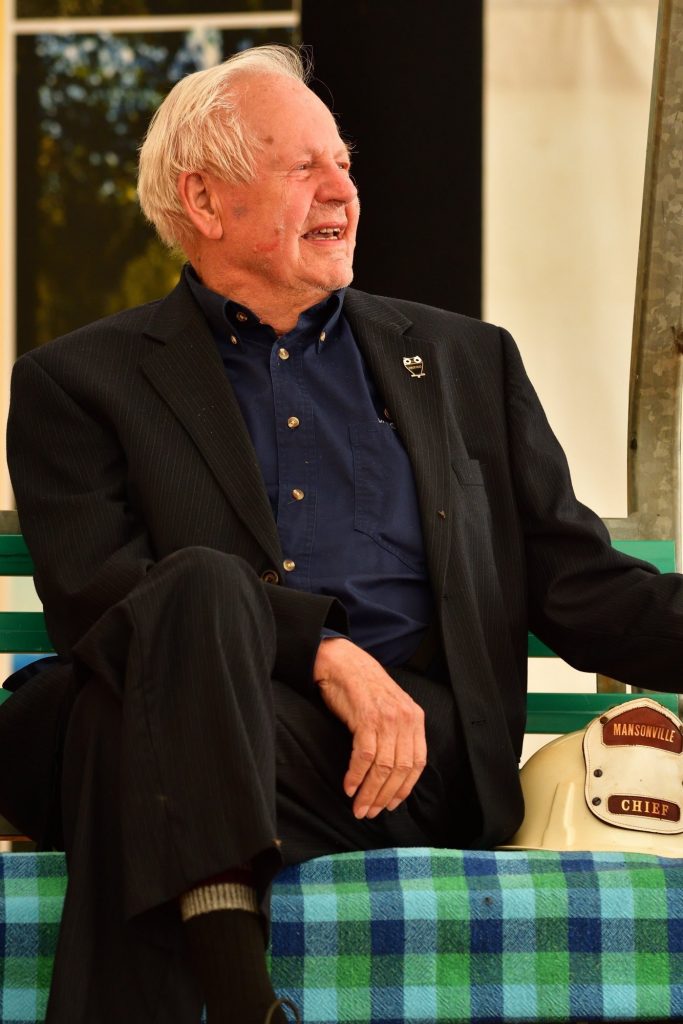 How I Became a Lady of Leisure